About the Global Maps produced by GRACE-FO Mission:

Significance of the Data:

What are its Significances?

What are its scientific objectives?

SPACE AND WOMEN IN SPACE

History of Women in Space:

What does ‘Spacewalk’ mean?

Nitrogen and ‘the bends’:

India and Women in Space:

Development of Private Capacity in Space:

The Increase in competitiveness over Space:

The Benefit of Becoming a Space Power:

The Sun – Our Central Star: From the Inside out, the Solar Interior Consists of:

The Solar Atmosphere is made up of: Questions about the Corona:

Need for another Launchpad:

ISRO’S NAVIC SET TO BE COMMERCIALISED BY ANTRIX

About NavIc (Navigation in Indian Constellation):

How many IRNSS Satellites are up there now?

What areas will it cover?

What all services are provided?

New suggestion about a Black Hole: HOW GRAVITY DISTORTS OUR VIEW OF A BLACK HOLE 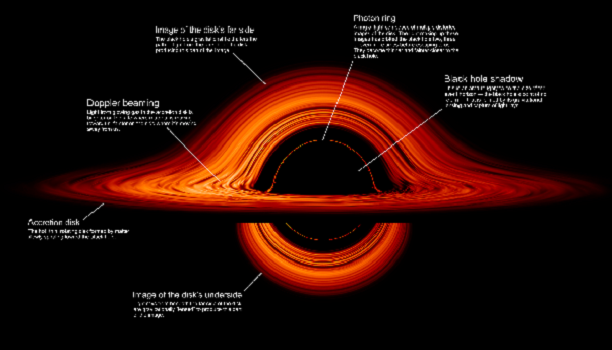 About Einstein’s Theory of Relativity:

Things predicted by General relativity include:

What NETRA consists of?

CHANDRAAYAN-2 AND THE APPROACHING LUNAR NIGHT

Why we can’t retrieve Vikram During Lunar Night:

ISRO’S VIKRAM LANDER IS LOST, BUT THIS HARDLY MATTERS

Why the Missing Lander Hardly Matters?

Components of The Mission:

What it means for Mars Missions?

Context: India’s Chandrayaan-2 mission crossed a major milestone on its journey towards the Moon, having entered a lunar orbit, almost exactly 30 days after being launched on July 22.

What exactly did Chandrayaan-2 achieve?

What exactly is meant by ‘insertion into lunar orbit’?

Why Are These Manoeuvres Needed?

What happened in Apollo Mission?

Chandrayaan-2 is said to have slowed down before entering lunar orbit. Why did it need to slow down?

How do they increase or decrease speed?

Aim of the mission:

NEW ISRO SYSTEM TO SHIELD ITS ASSETS FROM SPACE DEBRIS

Sensor in the Lander:

Why reconsider the Bill?

INDIA TO HAVE ITS OWN SPACE STATION: ISRO

CHANDRAYAAN-2 SET TO TAKE OFF ON 15th JULY

ISRO GEARS UP FOR CHANDRAYAAN-2 MISSION

SPACE STATION WILL BE OPEN TO TOURISTS FROM NEXT YEAR

Why is NASA doing this?

GS 3 : Science & Technology – Awareness In The Fields Of It, Space, Computers, Robotics, Nano-Technology

What is the significance?

Chandrayan -2 to Be Launched in July

CHINA TO BUILD MOON STATION IN ‘ABOUT 10 YEARS’

The Main features of National Stock Exchange are as follows

The strategic objective of Bombay stock exchange are as follows:

CAPTURING THE IMAGE OF BLACK HOLE

Why is it in news?

What is a Meteorite?

Debris from anti-satellite test to disintegrate in 45 days: official

The satellite targeted with an Anti-Satellite (ASAT) missile under Mission Shakti has broken up into at least 270 pieces, most of which are expected to disintegrate within 45 days.

The satellite has disintegrated into at least 270 pieces which has also been confirmed by the North American Aerospace Defence Command (NORAD). One of them is a large piece that has been deorbited and is estimated to be completely degraded by April 5. The rest of the pieces are estimated to disintegrate in less than 45 days.

Being in the Low Earth Orbit, the debris would fall towards earth and burn up as soon as they enter the atmosphere.

The targeted satellite was Microsat-R, an imaging satellite that was launched by the Indian Space Research Organisation (ISRO) on January 24 using a Polar Satellite Launch Vehicle.

The satellite, weighing 740 kg, was placed in an orbit of 274 km above earth.

Defence Research and Development Organisation (DRDO) shot down Microsat-R with a modified exo-atmospheric missile of the ballistic missile defence at an altitude of 300 km.

The ASAT test was tracked by sensors of various agencies. Upon impact, data transmission from the satellite stopped and electro-optic systems confirmed an explosion.

Debris pose significant risk to satellites and other systems launched into orbit as they last for a long time especially in higher orbits. For instance, China’s 2007 ASAT test in an orbit of around 800 km created around 3,000 pieces of debris, of which 616 have decayed. The rest are still in orbit.

The United States has reacted to Prime Minister’s statement that India had successfully tested an anti-satellite (ASAT) missile in what he termed Mission Shakti.

As part of the strong strategic partnership with India, the US will continue to pursue shared interests in space and scientific and technical cooperation, including collaboration on safety and security in space- US in response to questions on the U.S. position on the ASAT test.

The U.S. is one of the now four (including India) countries that has demonstrated an ability to strike down an orbiting satellite. U.S. President Donald Trump has been pushing for the U.S. to have a ‘Space Force’ and has directed the administration to enhance America’s space-war fighting capabilities. This has been driven in part by the long-standing American concern that China and Russia were developing their ASAT systems, putting American GPS-based technology at risk.

In an incremental advance, India successfully conducted an Anti-Satellite (ASAT) missile test, named Mission Shakti, becoming the fourth country in the world to demonstrate the capability to shoot down satellites in orbit. So far, only the United States, Russia and China have this prowess.

What is Space Debris?

What is Anti-Satellite Weapons (ASAT)?

What’s in the news?

About the Gaganyaan Mission:

NASA’s latest planet-hunting probe has discovered a new world outside our solar system, orbiting a dwarf star 53 light years away.

A Japanese team has developed a “space elevator” and will conduct a first trial this month, blasting off a miniature version on satellites to test the technology.

The month of July is set to witness a rare astronomical spectacle as a blood moon, the second of the year, will appear on the intermediary night of July 27-28.

According to space experts, the eclipse will last one hour and 43 minutes – nearly 40 minutes longer than the January 31 Super Blue Blood Moon.

Why will the moon turn red?

Why will this lunar eclipse be longer?

The dispersion of electromagnetic Radiation by particles that have a radius less than approximately 1/10 the wavelength of the radiation. The angle through which sunlight in the atmosphere is scattered by molecules of the constituent gases varies inversely as the fourth power of the wavelength; hence, blue light, which is at the short wavelength end of the visible spectrum, will be scattered much more strongly than will the long wavelength red light.

NASA’s Parker Solar Probe a seven-year mission aiming to get the closest ever to the sun has got its revolutionary heat shield permanently attached to the spacecraft.

That heat shield should, in theory, prevent the space craft from being burned by the sun made of reinforced carbon-carbon composite, which is designed to withstand temperatures outside the spacecraft nearly 2,500 F (1,377 C).

It is a planned NASA’s robotic spacecraft to probe the outer corona of the sun. Humanity’s first mission to the Sun’s corona, on its journey to explore the Sun’s atmosphere and the solar wind. It will probe

It will also hold more than 1.1 million names submitted by the public to go to the Sun. Parker Solar Probe is powered by two solar arrays. Unlike solar-powered missions that operate far from the Sun and are focused only on generating power from it, we need to manage the power generated along with the substantial heat that comes from being so close to the Sun.

It will also make critical contributions to our ability to forecast changes in Earth’s space environment that affect life and technology on Earth. Parker Solar Probe will employ a combination of in situ measurements and imaging to revolutionize our understanding of the corona and expand our knowledge of the origin and evolution of the solar wind.

The region where energy from the core begins its journey outward, but the material is too dense and hot for heat transfer, and therefore the energy radiates out by creating alternating parallel magnetic and electrical fields, thus moving outward as electromagnetic radiation.

The Sun doesn’t behave the same way all the time. It goes through phases of its own solar cycle. Approximately every 11 years, the Sun’s geographic poles change their magnetic polarity. When this happens, the Sun’s photosphere, chromosphere and corona undergo changes from quiet and calm to violently active. The height of the Sun’s activity, known as solar maximum, is a time of solar storms: sunspots, solar flares and coronal mass ejections. These are caused by irregularities in the Sun’s magnetic field and can release huge amounts of energy and particles, some of which reach us here on Earth. This space weather can damage satellites, corrode pipelines and affect power grids.